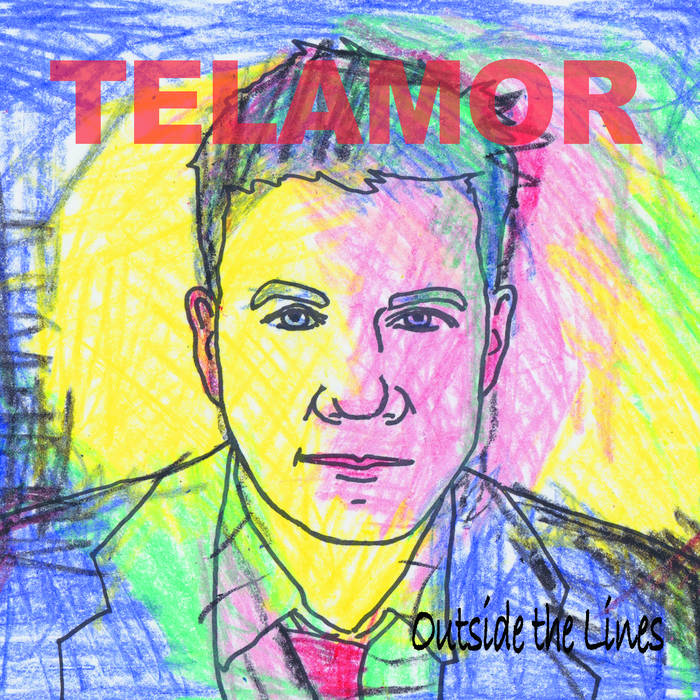 Telamor exists to bridge the gap between the classic rock of yesterday and the producer-driven pop of today. The mission of Telamor is to take guitar-based rock and re-invent it for the twenty-first century. It's a new sound made up of the scraps of musical history. Telamor is bilingual: it speaks the language of rock and the language of today's radio R&B and pop. The singing is passionate and blues-based, but the production is today's: big beats, heavy bottom, Latin percussion, dance tempos. If you're looking for a new course for pop rock music, Telamor is for you.

Tom says, "While I've had years of experience performing live, I'm not interested in being famous. With Telamor I try to keep a very low profile. I'm just trying to make a small contribution to the great tradition of pop rock music. My influences range from Robert Johnson to The Weeknd. If you listen closely, in between you'll hear Hank Williams, Chuck Berry, Otis Redding, the Stones, David Bowie, the New York Dolls, Nirvana, even Taylor Swift--pretty much anyone who wrote a great song and sang it with conviction.

REVIEW - THE NOISE Music New England, March 2016
Telamor (98% Tom Hauck, 2% friends) has to be one of the most prolific artists out there today. About every six month Telamor serves up a new disc of guitar oriented rock for the 21st century.

"Outside the Lines" leads off with “Brave Heart” where a choppy vocal melody creates a hook within itself. Love comes and goes with “Speed Queen” running through the night. “Trippin'” could be a reaction to the Speed Queen, but more likely another female flaunting a hippy attitude. “Flash” has a great sustained vocal chorus with a cool ’60s sound.

Tom’s got another woman swinging by for some action – and her name is “Ramona.” The fun cover of “Great Balls of Fire” sounds like Fred Schneider (B-52s) has hooked up with Jerry Lee Lewis. “It’s Love Miss Veronica” has a Kinks flavor to it. The chorus of “Fakin’ It” could’ve been a Devo track if the Ohio band lost there mechanical ways. Tom’s clever swing rock interpretation of Lil Wayne’s “How to Love” makes it sound like a throw back to the ’60s. “Rock All Night” closes the disc with a perfect bar-band rave up.

Telamor’s common thread that keeps you coming back for more is Tom Hauck’s distinctive vocals. "Outside the Lines" has the future in mind while it borrows from the past. Pick it up today. (T Max)

REVIEW -- 5 stars!
“The Stylus” – The student newspaper of the College at Brockport, State University of New York
By Morgan Bulman
On April 26, 2016

The group Telamor has shown its true potential with the release of its new album “Outside The Lines”. The album showcases a peculiar genre of music that is unique in how it “exists to bridge the gap between the classic rock of yesterday and the producer-driven pop of today,” according to Telamor.

I think the album can be categorized as a subgenre of alternative rock.

This new album makes that fact abundantly clear: its fantastic bass play along with some spectacular guitar solos is reminiscent of classic rock from the 70s and 80s. The rhythmic lyrics paired with a steady and cool voice can be related to many male pop singers today. The mixture of these two elements leads to an energetic and funky album.

Many songs like “Faking It” give listeners a glimpse of the crazy beats in the pop hits of the 70s. This catchy song is definitely one to check out from the album.

Telamor also does something many unproven artists cannot: it successfully covers an extremely popular rock song. Its cover of “Great Balls of Fire” does the original song justice. It is a fantastic snippet which pays tribute to their past inspirations.

While the cover is mainly rock, we can see a complete opposite rhythm in the song “Trippin’”. Its psychedelic sound takes us back to examples of the 60s and 70s many of our parents are still fond of.

One of the best songs on the album has to be the concluding piece, “Rock All Night”. It has a pure rock tune nostalgic of dive bars and hanging out with friends by the beach.

The one song that leaves the largest impression upon me is that of the group’s remix of “How To Love” by rap artist Lil’ Wayne. This exemplifies the band’s talent to turn a wide range of music into a song that fits its style very easily. Telamor turns a good Lil’ Wayne song that focuses largely on the beat to drive it turining it into a soft rock song infusing pop to make the lyrics stand out well.

The lyrics seem to be woven together, giving off the impression that all the songs are connected in one way or another. The only song we don’t really see this in is the opener, “Brave Heart”. The song is jagged and broken up. This was no doubt done on purpose by Tom Hauck, the lead singer was a veteran of the music business.

Hopefully, this new album and his work with Telamor will finally give him the recognition he rightfully deserves. He has a fantastic voice which serves as the highlight of “Outside The Lines”. The sound is a nice change of pace from the typical pop we hear today. I suggest you check it out because Telamor seems to have done something quite special.
5/5 Stars