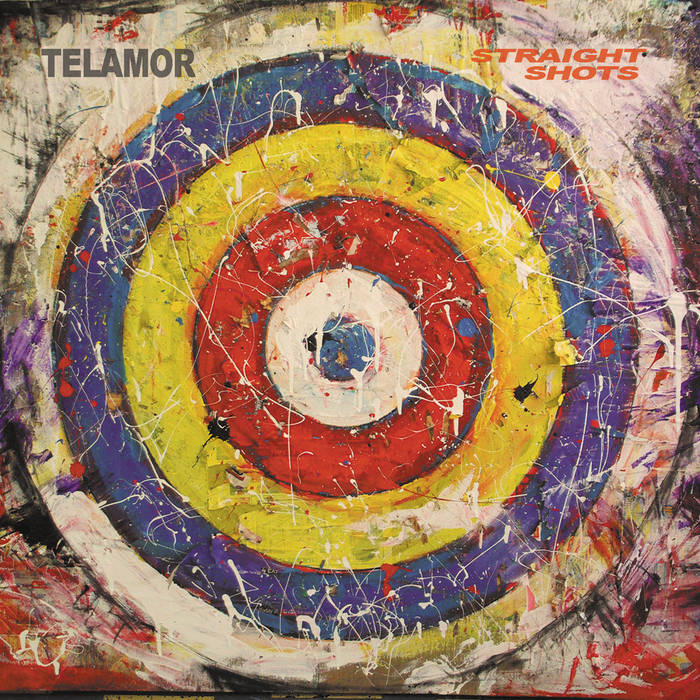 REVIEW in THE NOISE Music New England:
Telamor is Tom Hauck. His name may not ring a bell but his Boston-rock legacy surely will. Tom was a founding member of the legendary pop/punk band, The Atlantics in the late ’70s, and of the local synth/pop hit-makers, Ball & Pivot in the ’80s.

Tom’s return to the studio finds him traveling in a completely different direction, but one that is at least as interesting as either of his former projects. In Telamor Tom’s vocals are an amalgam of the B-52’s Fred Schneider and Weird Al Yankovic. But wait… read on… that combination may sound like the musical equivalent of a dentist’s drill but, I assure you, strangely, it’s a combination that works.

Straight Shots is filled with great songs that are all over the musical board. The first three tracks are nods to the early ’80s Boston underground. Jangly guitars fill these blues-based rock tunes. Suddenly, four tracks in, “We Got What It Takes” is a hard right turn into white-boy hip hop. Tom raps over what sounds suspiciously like the hook from Billy Squier’s “The Stroke.”

Weird Al is in full force on the closing track, “Midnight at the Drive-Thru Window,” a fast-food hip-hop screed that brings to mind Al’s “Beat It” parody, “Eat It.” (George Dow)

REVIEW in THE NOISE Music New England
“Every normal man,” said H.L. Mencken, “must be tempted, at times, to spit on his hands, hoist the black flag, and begin slitting throats.” Quite so. The opening track, “To the Barricades,” doesn’t have the same anthemic power as, say, Steppenwolf’s “Monster,” though one has to admire the quixotic impulse behind this genuinely frustrated rant. This 2014 collection by Tom Hauck, formerly of The Atlantics and Ball & Pivot, has at least a few smart, conventional rock songs. Here we find a song like “She’s Bad,” which conforms so well to the standard rock template that it approaches the canonical. “Nowhere to Hide” is picture-perfect proto punk rock in the Pebbles/ Nuggets mode. “I Ain’t Superstitious” is full of sneering attitude on top of an angular riff: “I went to the fortune teller/ She said ‘Your future’s all used up.” Even the riff on the ill-advised foray into rap, “We Got What It Takes,” approaches the monumental. (Francis DiMenno)

Review in Babysue.com, June 2016:
Telamor - Telamor 3 (CD, Olex Music, Underground pop), Straight Shots (CD, Olex Music, Underground pop)
Telamor is the one man recording project created by Tom Hauck. (A few guest artists lend their help but this is mostly a one man show.) If you liked the sound of underground recording artists before digital recording made everything sound too sterile and generic, you might want consider checking out this guy's stuff. Hauck writes and records underground pop that's a far cry from what people are listening to in 2016. This isn't retro or vintage music, it's just...different. For the most part, this music just sounds like someone having a helluva time in their home recording studio. Although the sound here reminds us of different bands we've heard, it's kinda difficult coming up with any obvious comparisons. We always appreciate it when folks have the right motivation. And on these albums, Mr. Hauck most certain does. Our favorite cuts include "Leap of Faith," "Better Day," "We Got What It Takes," and "Sophisticated Lady."